UP NEXT
New projects at Kos Airport:
Invitation to the 3rd Exclusive Exhibition for Gre:   Find your personal invitation here http://invitatio
Kos‘ “Archaeological Museum” reopened after Earthq: Kos‘ “Archaeological Museum” on Saturday 28th reopened to th
Fraport Greece briefing on Kos airport: In regards to the earthquake on Friday, 21.07.17 Fraport Gre
Information about the Museums in Kos: If you want to see Museums in Kostown we have some info for
PROGRAM OF THE 5th INTERNATIONAL WIND BAND FESTIV: During the six –day festival , the island of Kos will be flo
The Chamber of Commerce and Industry of Dodecanese: Highly successful was the presence of the The Chamber of Com
The Chamber of Commerce and Industry of Dodecanese: The Chamber of Commerce and Industry of Dodecanese participa
Travel to Nisyros 14th and 15th August with "PANAG: Those are the ship itineraries for Nisyros at 14/08/2016 and
Explore Kos through an amazing video !!!: A video shows the beauty of our island created by Dionysis M
FacebookTwitterYouTube

Highly successful was the presence of the The Chamber of Commerce and Industry of Dodecanese in the GRECKA PANORAMA exhibition
which took place for 2nd year, on the 3rd and 4th of December 2016 at the National Stadium of Warsaw, PGE Narodowy.
Under the Region of South Aegean, the Chamber presented impressively the character and products of Dodecanesian business, highlighting the dynamics of the economy of our country.
The Chamber of Dodecanese, was represented by its Secretary General Mr. Nick Papastamatiou, and tried hard to promote its members, giving emphasis on the high quality of the products they produce, but also on the large extent extroversion, which characterised them, encouraging professional exhibition visitors to come into contact with them and explore partnerships for development.
There was a large number of visitors, including Polish government officials, state bodies representatives, professionals and ordinary consumers met Dodecanese, through a variety of tastes that were offered. 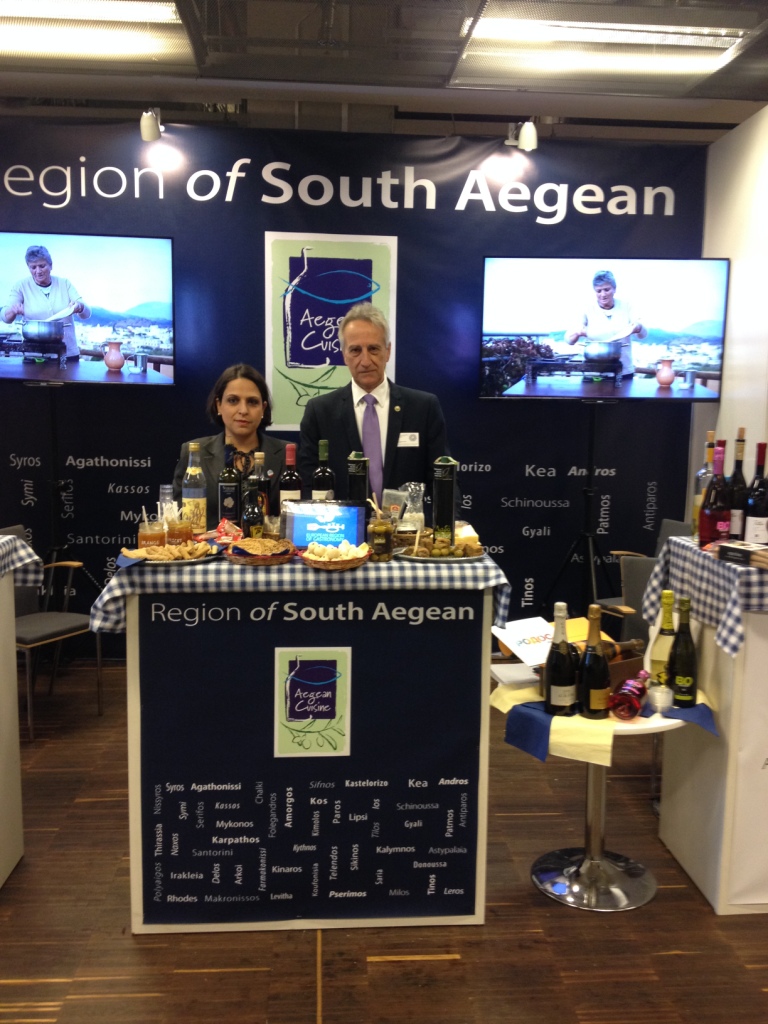